John 7:37-42 – On the last day of the feast, the great day, Jesus stood up and cried out, “If anyone thirsts, let him come to me and drink. 38 Whoever believes in me, as the Scripture has said, ‘Out of his heart will flow rivers of living water.'” 39 Now this he said about the Spirit, whom those who believed in him were to receive, for as yet the Spirit had not been given, because Jesus was not yet glorified. 40 When they heard these words, some of the people said, “This really is the Prophet.” 41 Others said, “This is the Christ.” But some said, “Is the Christ to come from Galilee? 42 Has not the Scripture said that the Christ comes from the offspring of David, and comes from Bethlehem, the village where David was?” 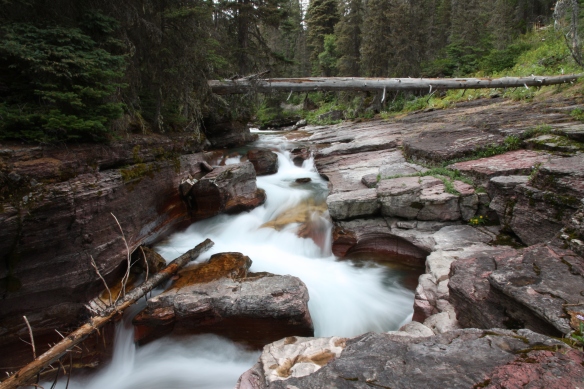 I think there are times that we, as Christians in the present day, imagine how wonderful it would have been to walk and talk with Jesus during his life here on earth.  We think to ourselves, if only we could have seen him perform just one of his miracles, how much easier it would be for us to believe.  Not that knowing Christ in the flesh would have been a bad thing, in fact I am sure it had to be an incredible experience.  However, as believers today we have some very significant advantages, or should I say blessings.

First of all we have the full story laid out in front of us in Scripture, from Genesis to Revelation and everything in between.  As today’s passage indicates some who encountered Jesus realized he was special, that he was quite possibly “the Prophet,” or “the Christ,” foretold by the prophets of old.  Still, others questioned it because they assumed he came from Galilee, while Scriptures said he was to be a descendant of David from the town of Bethlehem.  Many, I am sure witnessed his miracles, but there were also many who did not.  None of them, though, had the written word of the Gospels to tell them the full narrative of Jesus’ birth, life, death and resurrection.  They could not just pull a Bible off their bookshelf and compare the prophecies of the Old Testament to the detailed accounts in the four Gospels like we can.  What a blessing!

Another advantage we have is the interpretive comments we often find in the Gospels.  When Jesus says, “If anyone thirsts, let him come to me and drink.  Whoever believes in me, as the Scripture has said, ‘Out of his heart will flow rivers of living water,’” I suspect this would have been a difficult saying for many in his day to understand.  For us though, John immediately tells us, “Now this he said about the Spirit, whom those who believed in him were to receive, for as yet the Spirit had not been given, because Jesus was not yet glorified.”  For us there is no guesswork.  What a blessing!

Last but not least, we have the advantage of the indwelling of the Holy Spirit.  For those in Jesus day, “as yet the Spirit had not been given.”  But for the believer today, as we read in Ephesians 1:13-14, “In him you also, when you heard the word of truth, the gospel of your salvation, and believed in him, were sealed with the promised Holy Spirit, who is the guarantee of our inheritance until we acquire possession of it, to the praise of his glory.”  Those who believed in Jesus day could look forward to receiving the Holy Spirit.  For believers today, we are “sealed with the promised Holy Spirit” from the start.  What a Blessing!

4 thoughts on “Rivers of Living Water”